Johny and his love

In some place across the ocean johny found his love and they lived their life in a heaven made for them.
johny was a carpenter and his love was a decorator. Johny broke the woods and made a feature out of it and his love would decorate it to make it whole.
love flattered their heart and everytime they saw each other a new story began. Johny brought some ice from the town market and his love crushed them to add it with cream to taste it good. In a warm noon of summer they sat on the rocking chair eating icecream and talking about their before marriage affair. One day johny went to the city to sell his creation and promised his love to buy her a ring of shinning stone on his way back home. His love made a fish soup with some curry leaves which would add up to its flavor. She decided to wear a pink gown and serve johny the food as a return to the ring he brings. She took some water and cleansed the floor and made an attempt to hangout some flowers on the main entrance door. Sun went down and it was time for arrival. She washed her face to look more better. She smiled on the memory of johny writing a prose on her beauty. She got ready to here it out again. On the way towards his love johny made every attempt to pick the flowers different from the rest. In his left hand he held the rose, the lily, the mogra, the jasmine which shinned with others in the bunch. There at the edge of the rocks there was pond having a lotus opening its arms to welcome the love of sky. Soon it will close as the sun is on the way to home. Johny stepped into the pond to reach out the lotus and complete his bouquet. He kept his legs firm but soon lost his balance and slip into the pond. Every bit of his body started to sink he holded the flowers and the ring not to lose it. He lost his life but not his grip. They had the flowers and ring still there even when the rest of his body started to float.
johny never reached his love and his love was waiting till eternity. She cleans the floor every morning, hangs out the flower on the door, every evening she looks at the sky waits for the sun to go down and johny to come home and eat the fish curry she made. She waits for the ring and the prose johny would sing. Ages passed and every evening johny returns to his love as a memory and makes her smile. He sings her a prose and describe her beauty and return back to the heaven as soon as sun visits the earth. 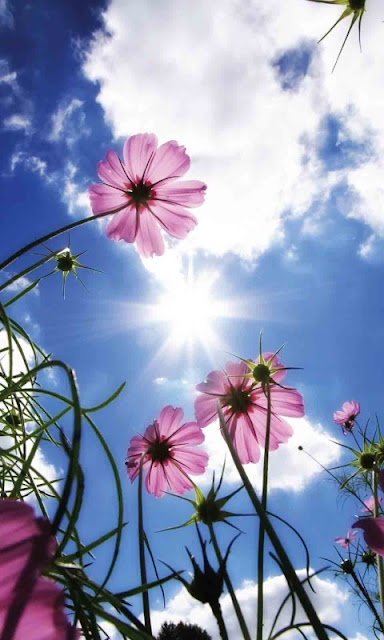